How to Ensure a Wildly Successful Business Office (Part 3) 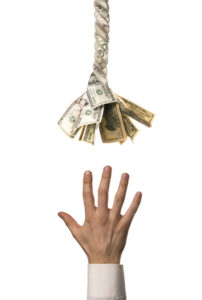 What is going on with our Insurance & Private money?

Are we getting everything in that we should this month?

This is the final piece in this series, please check out Part 1 and Part 2.

If your facility handles a lot of Managed Care, you are certainly aware of the impact this payer can have on your collections. For claims that are billed using RUG scores, the claims should go out at the same time as the Medicare claims are sent. If they are billed by levels, they can generally be sent the first day of the month.

The process for managing Managed Care in a facility can be one of the more contentious areas between departments. Roles should be clearly defined so as to avoid the finger pointing when a claim does not get paid.

These tasks are typically delegated among the Admissions Department, Therapy, MDS Coordinator, and Business Office. Who is responsible is less important than the roles being clearly defined, and those individuals being held accountable for their part in the process. A missed authorization can easily lead to tens of thousands of dollars of unpaid claims, so being on top of this process is vital.

If it is possible for you to submit the claims electronically, that is always more efficient than mailing paper claims. The electronic billing system enables the BOM to confirm immediately that a claim was received, and soon thereafter they can see if it will pay and if not why not. Submitting paper claims involves waiting 30 days to follow up, calling the insurance company, sitting on hold for 20 minutes, getting transferred to another department, holding some more and then getting disconnected. So ask the BOM,
• “What insurance companies can we not bill electronically?”, then work with the vendor and/or your IT department to get this set up.

Following up on outstanding Managed Care claims is critical. It is all too common that claims are not received, denied in error, or not processed for some reason. It takes a lot of persistence to keep the Managed Care accounts current. Sticking to a regular process is vital. Calling some insurance companies once a month is not going to get the job done. This is another task that, depending on your Managed Care volume, may need to be done daily.

Private Collections
Do you know when your private statements go out?
Some facilities send them out as part of the Month End Close Process, others bill at some other specified point during the month. Since the statements usually will include a pre-bill amount for the next month, they will ideally go out before the 20th day of the month. That increases the likelihood of receiving payments in the month the statements are mailed. So at the appropriate time, ask;
• “Have the statements gone out?”
It seems crazy, but it does happen that a BOM completely forgets to mail out the statements.

“Who isn’t paying their bill?”
The Administrator needs to be closely involved with the Business Office Manager on the private collections. Failing to be vigilant can quickly lead to becoming a haven for no-payers. A call from the Administrator on a slow pay account can often make a difference. It will also give the Administrator the first-hand knowledge needed to make a decision regarding a potential discharge for non-payment. Making this decision quickly can help stop the bleeding.

Of course there is more to ensuring long term billing success. The basics are that someone has to be in charge and you have to have a good team working with good systems and practices. Check out our other blogs for more information.

Thanks,
Your SNF Solutions team